The US Patent and Trademark Office (USPTO), a US government agency, has announced that VISA has applied for a patent to issue digital currency on centralized computers using blockchain technology.

The technology is said to be capable of digitizing not only US dollars, but also all central bank-issued currencies, including the pound, euro, and Japanese yen.

J. Christopher Giancarlo, a speaker at Coindesk’s online event “Consensus Distributed” the other day, said that he would like to apply for a VISA patent.

‘This confirms when the U.S. does big things like the space program and the Internet, there are partnerships between the private and public sector. This patent filing is evidence the private sector is very much at work on the future of money.” 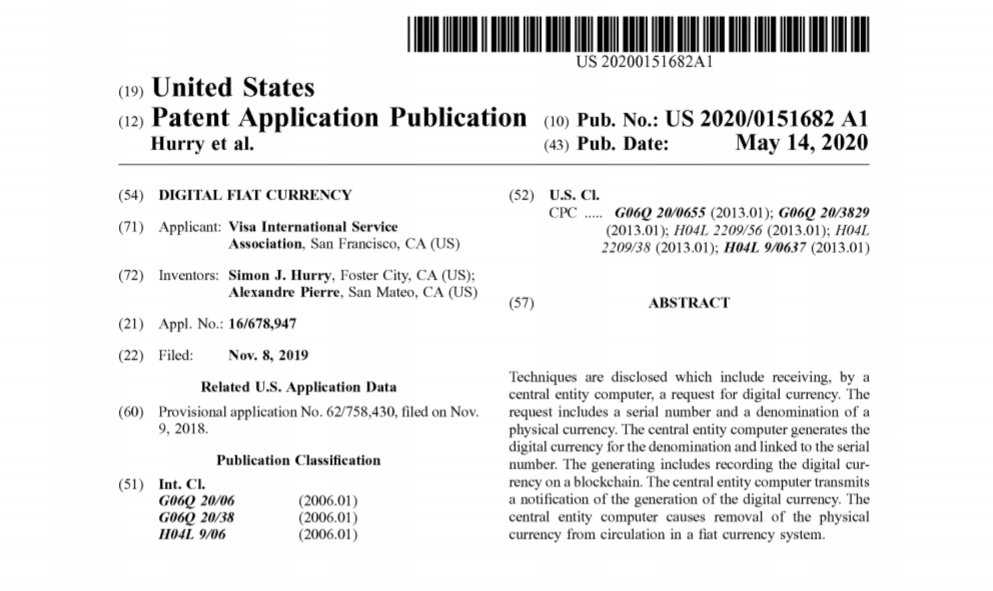