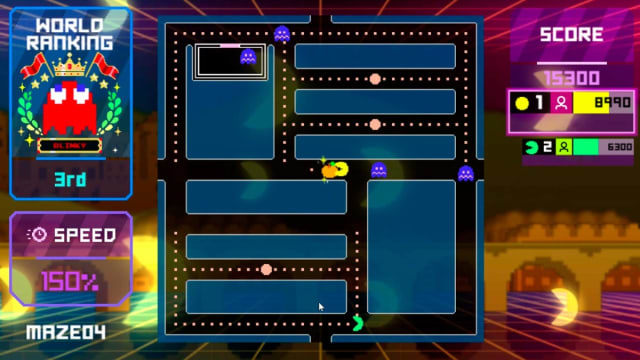 On May 22, Amazon Games, a game studio of Amazon.com, announced a new multiplayer compatible game “PAC-MAN LIVE STUDIO” to celebrate the 40th anniversary of the popular game “Pac-Man”. It is planned to be released on Twitch, an Amazon-owned game streaming service. No download required, playable on Twitch.

This game has three modes. In “Endless mode”, multiple users form a team to clear the level. If one person survives, they will be able to advance to the next level, and teams can compete for the monthly ranking. “Maze Creator” is a mode in which you create your own maze and publish it. More it is played it in the community, higher the rating, and it’s listed in the “Select Mazes” popularity ranking. “Classic mode” is a reproduction of Pacman’s original. You can experience the first Pac-Man in 1980.